Why social network Tsu had to close its doors 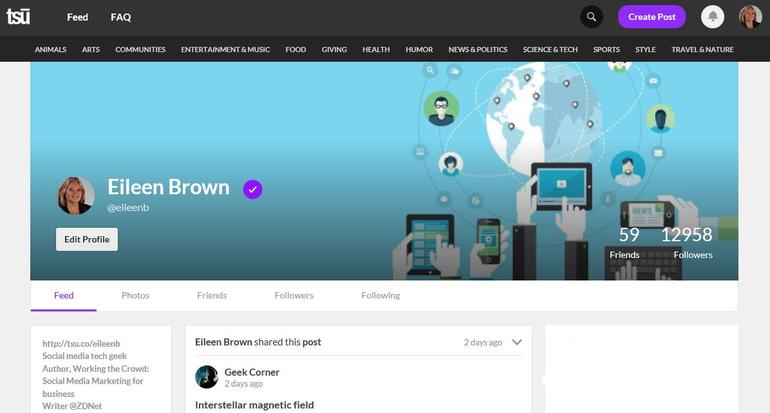 Once in a while, something comes along that disrupts the way we work.  Tsu, the social network that launched to help charities and pay its users, closed its doors in August 2016. And who were to blame? The very users that flocked to Tsu in their thousands contributed to its demise.

Tsu launched in October 2014 with little fanfare. Seeded to the tune of $7 million, it promised to share its ad revenue with its content creators. 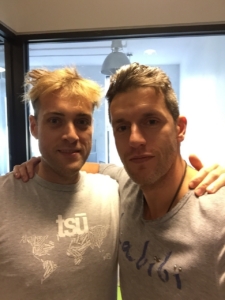 New users had to sign up using another user’s short code. This added the new user to the existing user’s ‘family’, showing who was influential across the platform.

Registered charities on Tsu could benefit from generous benefactors. Users could use peer payments to transfer their earnings to a registered charity – validated by the platform.

It opened up its platform so that posts could be seen by people who did not have an account on the platform. The aim was to increase royalty payments for creators of viral content.

The platform also introduced groups for community engagement. it wanted to compete with the 850 million users in Facebook who used groups and communities.

Soon stories started to circulate about people ‘cashing out’ their first cheque. Tsu paid users once their earnings passed $100. Within two months the platform had reached two million users. But with these numbers, cracks started to appear.

Some users, desperate to earn more revenue, tried to ‘game’ the system. A few users banded together to share all posts of their buddies, and like every new post. The team at Tsu, headed by Sebastian Sobczak, could see this happening. After all, they had all the data, IP addresses, and use patterns to monitor the users who were trying to cheat the system. Offenders were banned from the platform, or given a warning.

Engaging in “prohibited activity” would result in the user not getting paid. This could be by generating spam,  or generating invalid impressions, clicks on ads manually or by using an automated program.

Soliciting for clicks or impressions generated by payment of money, false representation, or requesting users to click on ads were banned. Ads served to end users whose browsers had JavaScript disabled also would result in non-payment.

In September 2015 Facebook blocked Tsu from posting items to its platform stating that the platform was posting spammy content. Two months later, citing that ‘issues with concurrent sharing’ had been resolved, Facebook restored 10 million posts from Tsu and permitted direct posts again.

In March 2016 Tsu upgraded its platform, focusing on communities, channels and topics. its aim was to increase payments to its users. Some users complained that it was harder to engage with their friends and smaller networks as the platform focused on the larger topic areas.

In August 2016, a notice appeared on the Tsu web site:

“You are probably wondering about the new layout but in fact we have taken tsu dark.

Although we have still have numerous active communities on the site, our mission of changing the social landscape for the benefit of the content creator has passed. I started this concept eight years ago and when we launched in late 2014 we brought the conversation of content ownership and monetization to the content rights holders into the mainstream. All told there were approximately 5.2 million of us who have used our platform. Through you, tsu’s emergence into the mainstream spurred discussions on virtually every major media outlet touching on the tsu concept, royalties of music streaming services and to the business models of established platforms. I wish we could have done more for the content creators and the wonderful charities that lent their names to our platform. In all, we built water wells, gifted wishes and gave back en masse.

Although I would have hoped we could have done more, I am proud of our team and the wonderful, diverse community of friends we have cultivated along the way. I am proud to have been a part of something that millions of people helped create from North America to the Asian subcontinent.”

The investors had puled the plug on more cash injections and the platform had to close. Users with over $100 in their accounts were paid in full. Many with less than this amount did not receive any cash.

According to the current message on the Tsu.co website the platform was successful. Over 2 million mobile downloads across 1,085 cities. 5.2 million Tsu accounts, 533 million page views, over 681,000 IOS downloads and 1.3 million Android downloads.

But some of the users never really ‘got’ the platform. Images were taken without respect for copyright, directly from Google images and other image sites. Some users routinely ‘liked’ every post, pasting the same comments across each post, hoping for a cash pay-out.

Some users ran heavy recruitment initiatives, spamming their friends in an attempt to bring them to the platform and make cash for themselves as ‘parents’ of the new members. But when the new contributors discovered that cash did not immediately appear in their accounts, went elsewhere

The sheer number of members hoping to make money, then turning away when this did not happen, coupled with lack of ad revenue, contributed to its decline.

I am sad about Tsu’s closure. When I joined, I wanted to see how the platform worked. My first $100 was donated to the Charity Water charity, and I used other revenue to buy goods from small businesses across Tsu. I liked the peer to peer payments and the ability to give cash to good causes and never considered the money as ‘my money’.

Perhaps that is the answer. A platform that operates in the same way as Facebook, generating community and social connection, but with a difference. Any cash generated could go to benefit registered good causes.

Committed users might be less inclined to try to beat the system, and earn cash for themselves. Instead, the platform could work together for the common good.

Too good to be true?  With the raft of other platforms promising to pay users for their contributions, Tsu was certainly onto something. It is a shame that human nature meant that some users wanted it all for themselves.